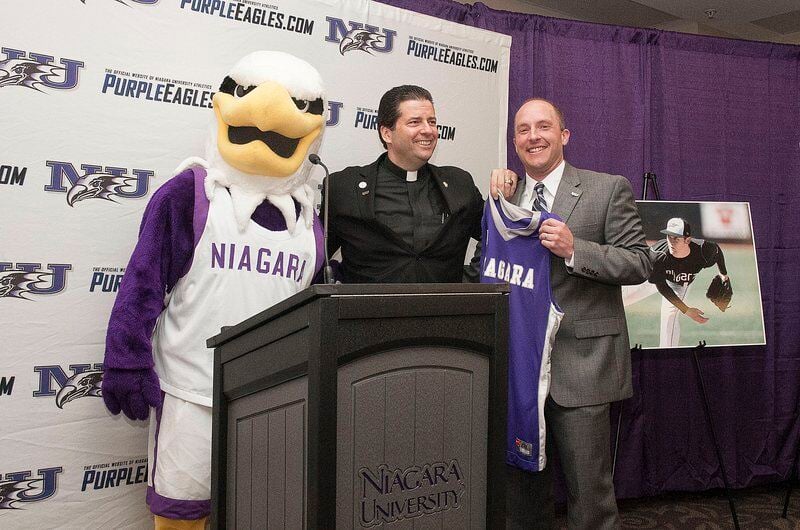 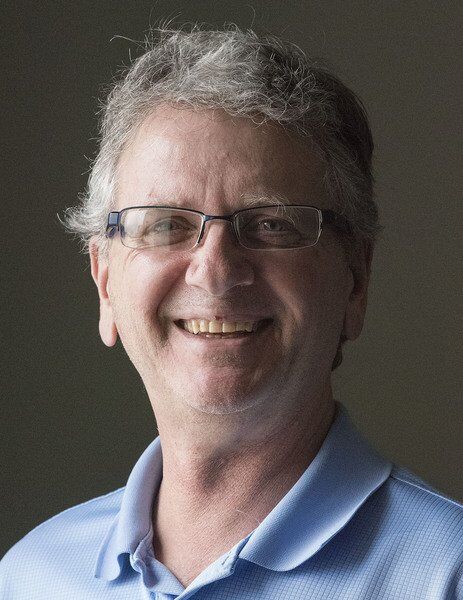 Suffice it to say, Niagara athletics director Simon Gray never expects to live through another season like 2019-20. There’s no handbook to prepare an AD for the level of tumult Gray faced in his sixth year on Monteagle Ridge.

“There certainly isn’t,” Gray said by phone on Thursday.

You think you had a tough year? On Saturday, it was exactly one year since Patrick Beilein, the man Gray hired to succeed Chris Casey as men’s basketball coach, resigned for undisclosed personal reasons.

Two weeks earlier, Gray’s swimming and diving coach, Ben Nigro, had resigned for allegedly mishandling accusations by three women swimmers who claimed they had been sexually harassed by members of the men’s team.

That wasn’t an ideal way to begin the winter sports season. But Gray persevered. He hired the highly respected Eric Bugby from Lehigh to coach his swim teams. He made Greg Paulus interim head basketball coach, then wisely elevated him to the full-time job.

Paulus, a Duke graduate, became a godsend of sorts, squeezing nine Metro Atlantic Athletic Conference wins out of an undersized squad and being honored as the best first-year head coach in the country. Gray suspected when he hired Paulus as an assistant that he had the makings of a head man.

Jason Lammers, meanwhile, was turning around the men’s hockey team, which won four or five in early March. The baseball team, revived under Rob McCoy, had upset Florida State and was looking to make noise in the conference.

Then, on March 12, the world was turned upside-down. One night earlier, Rudy Gobert of the Utah Jazz had tested positive for the coronavirus. Suddenly, college sports were shutting down all over the country.

That Thursday night, Niagara, which had won a MAAC first-round game on Tuesday, was scheduled to play Rider in the tourney quarterfinals. The hockey team was literally on the bus for a Friday game. The baseball team was set to hit the road the following day.

“It was really sad,” Gray said. "Everyone says the same thing because it’s absolutely the truth. We felt the worst for the students. They spent so much time gearing up for their seasons, and then fighting for a championship.

“To have the rug pulled out really quickly … we were calling people and telling them to get on the bus and come home. That’s really hard. Our coaches had a really difficult task of being in the moment and having to handle the emotions that come from such a significant decision."

For the next several months, Gray had to deal with the seemingly infinite details involved in leading through a pandemic: Dealing with coaches; making sure athletes were set up for conditioning programs; worrying about budgets; revamping facilities; coming up with plans to accommodate COVID-19 protocols.

Oh, there was also a summer of racial unrest across the country, which would raise awareness in any college community.

“We’re spending a lot of time in our department on racial justice and the social justice movement,” Gray said. “That has been a group effort, of course, from student-athletes to coaches to administrators. Derick (Thornton, assistant AD for communications) played a significant role.

“You have these monumental concepts we’re working through as a department and a lot of it is unprecedented and unscripted. So the absolute only way to have success in those kinds of environments is to use the expertise that’s around you.”

Gray said the uncertainty is the toughest thing. Who knows if the virus will spike again in New York? Niagara still hasn’t finalized its hoop schedules, and the non-conference slate will be limited. He said the MAAC hasn’t made a final decision, but the current plan is to play the fall sports seasons in the spring.

“I don’t know exactly at this point what that’s going to look like,” Gray said, “though we will be building up through competition and declaring conference champions to be able to participate in the NCAA Tournament.”

Gray said one good thing about the pandemic is that so many people have taken on critical roles. Everyone from the equipment manager to the team doctor to the PR staff has a vital role. It tends to bring a department closer together. He is especially proud of the department's academics. Niagara has averaged about 100 all-academic players across sports in recent years. In 2019, the department had a 92% graduation rate, its highest ever.

The men’s basketball team had a record-setting GPA last year, too. Gray said Paulus is recruiting mature players who are serious about academics and representing the school well.

But ultimately, coaches’ fortunes rise and fall on their teams’ records, not their grade-point averages. Men’s hoops is the front door of the university, and the program has been a chronic loser since Joe Mihalich left for Hofstra seven years ago.

Gray knows that he can help raise the profile of the university by restoring the proud basketball tradition to Niagara, where Taps Gallagher, Frank Layden and Calvin Murphy gave it national prominence.

“It’s extremely important,” he said. “At Niagara, the basketball program for a long period of time has been a significant source of pride. Coach Mihalich did a phenomenal job of getting Niagara on a national scale.

“Greg embraced that from the very beginning. He was excited about continuing that tradition. He speaks with coaches, and with Calvin (Murphy). That is absolutely what we’re after, through our programs, and basketball specifically, to put Niagara on the national radar.”

Gray, a Pittsburgh native and University of Richmond graduate, has come to love Western New York. He lives in Youngstown with his wife, Anne, and three daughters: Emilie, Elisabeth and Caroline.

“For me, Western New York has a very similar feel to where I grew up in Pittsburgh. I spent a lot of my college career and my professional career in the South. But this feels like home and has felt like home to me since we got here.

“I just love being on the water, Fort Niagara, all the amenities that Buffalo provides — the big city, the international flavor of Canada. It really is an ideal area, and I feel very fortunate to live here.”

Granted, it’s not the south of France. His wife grew up there, in Provence, in a town called Grasse, near Cannes. Anne played college golf at East Tennessee State, where Simon worked in the PR department from 1999-2001. She was the Southern Conference freshman of the year and set records at the school.

“She was a super junior player,” he said, “played with the French national team as a junior. That’s why I don’t golf with her. She makes me feel bad about myself! That’s why I avoid it.

“I have never really picked up the game,” Gray said. “I’ll enjoy it and I’ll go out on occasion.”

And the way things are going in college sports nowadays, who has the time for golf?

Jerry Sullivan is a sports columnist with over 30 years experience in Western New York. Follow him on Twitter @ByJerrySullivan or respond via email at scoreboard@gnnewspaper.com.