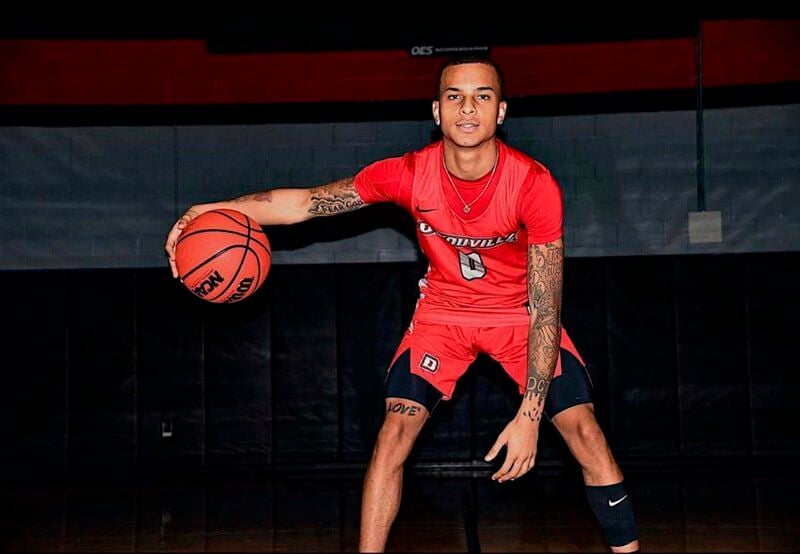 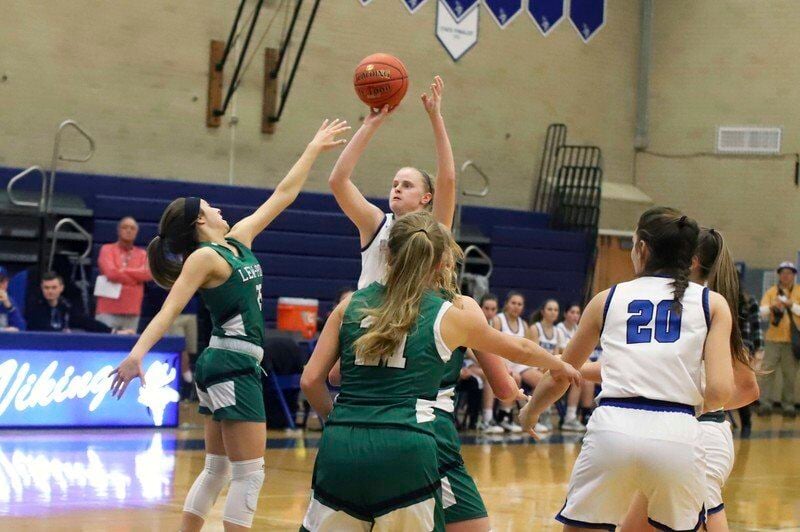 Some Western New York student-athletes may be out of state, but they are never out of mind.

COVID-19 has taken its toll on many aspects of the sports world, but the collegiate level seems to have been hit the hardest, particularly the fall sports. With many holding off until the spring, plenty of fall athletes have been left on a boat without a paddle.

Other seasons, however, seem to be in a better situation.

Grand Island alumna Lydia Sweeney was one of WNY’s top hoopers over the past few years, capping off her storied career last season with a Niagara Frontier League title and a trip to the Section VI Class A-2 championship game. The two-time NFL player of the year and 2020 second team All-WNY pick is now at Division II Cedarville after averaging 23 points, 7.5 rebounds, 5.9 steals and 5.6 assists per game as a senior.

Unlike many of her friends, Sweeney did not need to report to Ohio for an early out-of-state quarantine. Starting up her fourth week on campus, the 5-foot-7 point guard has also been able to participate in group workouts with her new squad, as well as a full-team practice and workout once a week.

Both of which, of course, must be administered under the school’s and the Great Midwest Athletic Conference’s COVID-19 protocols.

“To be honest, my school’s been pretty good with allowing us to still get reps in,” said Sweeney, whose Yellow Jackets finished the 2019-20 season at 21-8 and had their year end prematurely after a 30-point win in the semifinal of the National Christian College Athletic Association midwest regional. “Some of my friends, they can’t even go out of their dorms, so we have it pretty lucky here.”

Being near the Dayton, Ohio area, Sweeney has been fortunate to be in a very sparse coronavirus region. She shared that in the month span that she’s been on campus, there have only been three confirmed cases to note.

Despite the school encouraging its students to return home only seldomly, and Ohio being re-added to New York State’s travel advisory list on Tuesday, the former Lady Viking was briefly able to come back to WNY to enjoy time with family visiting town this past weekend.

Sweeney may possess a lot of talents, but she does not want to get ahead of herself when it comes to the 2020-21 season. With 2020 first team All-G-MAC point guard Ashlyn Huffman returning for her senior season, Sweeney has no problem with trusting the process.

“I have a lot of work to do I know that. I don’t think (starting at point) will happen,” Sweeney said. “I think freshman year, I’m adjusting a lot. Learning a new defense, improving my shot, changing some things. So I think this year will mostly be a growing year so I don’t see that happening. But I’m excited for where it takes couple of years, for sure.”

Meanwhile, right below us in Pennsylvania, Devon Darrell is trying to stake his claim at Division III La Roche. The Lockport ‘18 grad is leaving D’Youville for its old conference foe, as the Redhawks have been the class of the Allegheny Mountain Collegiate Conference.

Under the tutelage of head coach Hermie Carmichael, La Roche has posted a 37-1 conference record the past two seasons, winning the last three AMCC regular season crowns and two of the last three conference tournaments. The Redhawks finished with a 21-7 overall record in 2019-20 and earned a spot in the D-III NCAA tournament.

After starting all 24 games for the then-Spartans during the 2018-19 season, Darrell turned things up in year two. The 2018 second team All-NFL pick did it all for D’Youville, leading his team in scoring (13.2), assists (4.9) and steals (2.0). That steals average was tops in the league, and Darrell also placed second in the AMCC with his assist average, as well as posting the third-best assist-to-turnover ratio in the league at 2.1.

Although Darrell was planning on leaving D’Youville before COVID-19 hit, it still created some snags. Even still, the Lockport native was thankful that La Roche’s three-time AMCC coach of the year was willing to bring in an old conference rival.

“Honestly it’s a blessing because they’re a winning team,” said Darrell, who tied a career-high with 24 points against La Roche on Feb. 1. “And their recent years, they’ve won a lot. So when (Carmichael) told me he wanted me to come play for him I was ... excited to come play for them, obviously.”

To mitigate the impact of the coronavirus, Darrell and other incoming out-of-state students needed to report a week early on Aug. 15. Returning to campus on Tuesday after a weekend at home, Darrell will be quarantining as he gets adjust in starting out his junior year.

Some of his course load will be virtual, while others go the more traditional, in-person route. This has translated with basketball too, as the squad has only been able to meet through Zoom sessions and impromptu pick-up games off campus at local parks.

With his experience at point guard with D’Youville, Darrell could quickly take over the playmaking duties for the Redhawks. Additionally, the graduations of all-conference guards Kennedy Smith and Darius Lawrence clear the way for the 5-foot-11 junior in the backcourt.

Some may have kept Darrell off their radar during his tenure at D’Youville due to the team’s 16-35 mark. Now he may flourish with one of D-III’s top programs.

“Honestly, if I had to say one thing, I would just tell the league to watch out,” Darrell said. “Because they slept on me for playing on the team I was on. I’m coming back harder than ever.”