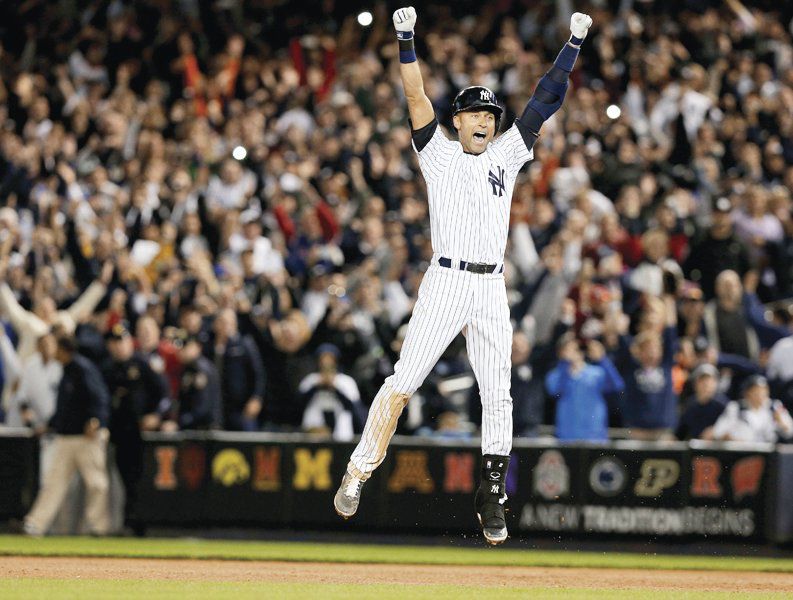 THE ASSOCIATED PRESSWHO IS THIS GUY? This Sept. 25, 2014 file photo, shows New York Yankees' Derek Jeter jumping in the air after hitting a game-winning single against the Baltimore Orioles in the ninth inning of a game in New York. In deference to the postponement of the start of the regular season amid concerns about COVID-19, instead of airing what should have been the Opening Day game of the 2020 season, the MLB Network aired Jeter's professional debut, a 1996 Opening Day contest between the Yankees and the Cleveland Indians. 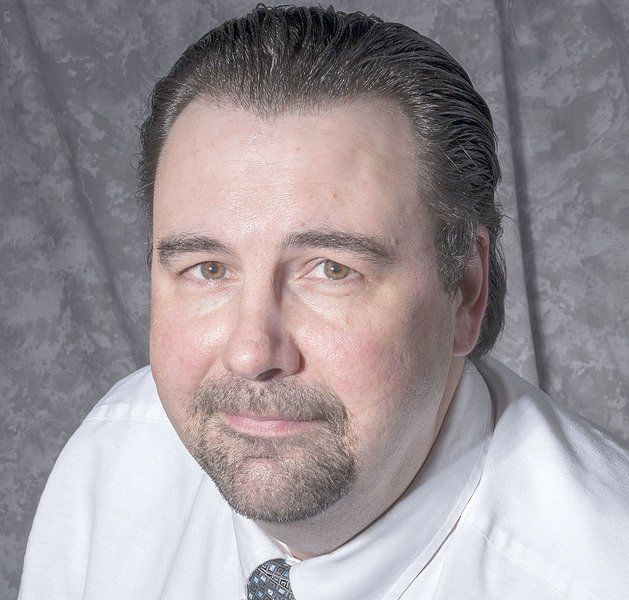 THE ASSOCIATED PRESSWHO IS THIS GUY? This Sept. 25, 2014 file photo, shows New York Yankees' Derek Jeter jumping in the air after hitting a game-winning single against the Baltimore Orioles in the ninth inning of a game in New York. In deference to the postponement of the start of the regular season amid concerns about COVID-19, instead of airing what should have been the Opening Day game of the 2020 season, the MLB Network aired Jeter's professional debut, a 1996 Opening Day contest between the Yankees and the Cleveland Indians.

It's the strangest of Opening Days.

Today should have involved the 2020 season opener between the New York Yankees and the Baltimore Orioles.

Since there is little joy in Virus-ville, live Major League Baseball games — like so many other things we probably took too much for granted — have been suspended indefinitely.

Fans like me across America have been forced to settle for the next best thing, a not-quite-as-satisfying marriage between our beloved outdoor National Pastime and the sort of modern technology that allows for old games to be replayed and streamed.

The Yankees are (were?) playing the Cleveland Indians.

I watched this game already, way back when I was just 22 years old, still in college and pursuing a long held dream of becoming a genuine newspaper man.

It's not the opening day any of us wanted.

For me, is memorable just the same.

Phil "Scooter" Rizzuto is in the booth.

There's a rookie named Jeter at shortstop who looks like he will show some promise, having hit his first Big League home run in his pro debut.

It would be interesting to follow this team through 1996, not knowing as I do now, where they would end up.

Here's a spoiler: The Yankees won the World Series in an improbable run that year.

The year 1996 happens to be the gold standard of my baseball-following life.

On Oct. 23, 1996, the Yankees trailed the Atlanta Braves two games to one in the World Series heading into game four.

It was the same day we had funeral services for my grandmother, Helen Kerl, a huge Yankees fan in her own right.

I missed the first part of game four while being consoled by relatives and friends as we marked my "Big Gran's" passing.

When I got back to my parents' house, I flipped on the television to find more distressing news — my Yankees, my grandmother's Yankees, were trailing 6-0 to the Atlanta Braves.

Moments like that can flatten you as a person and as a sports fan.

But then, I found myself asking my grandmother — wherever she happened to be at that point — for any sort of divine intervention she might be able to offer.

In the sixth inning, catcher and all-around utility guy Jim Leyritz hit a three-run homer, touching off a rally that saw the Yankees roar back from a 6-0 deficit to win the game 8-6.

When Leyritz hit that ball, I was still skinny enough back then to be able to jump up and down on my parents' living room coffee table without having it give way.

And that's just what I did.

Was it a lucky swing? A bad pitch? Did "Big Gran" really a pull some sort of heavenly string?

It gives me great comfort to believe in the latter.

Two games later, Charlie Hayes clinched the series by catching a foul pop up near the stands just off third base at Yankee Stadium.

While the Yankees won dozens of championships before that, including two in the late 1970s when I was just a young boy, they were mostly bad or disappointing through my formative baseball years of the 1980s and early 1990s.

That year — 1996 — was the first time in my still young life where one of my teams (I'm a long-suffering Bills and Sabres fan as most everyone knows) actually won it all.

My dad and I celebrated our first real World Series victory as fans together and it is something I'll never forget.

Oddly enough, we had a brush with Leyritz earlier that season.

That year, I attended my first Major League Baseball game in person during a two-game road trip to Cleveland's Municipal Stadium with my dad and an old dear friend, Jonathon Wawrowski.

We stayed in a hotel in downtown Cleveland where the Yankees were staying and one night, while waiting for a cab outside, we saw Leyritz before he had his big World Series moment.

My buddy Jonathon got Leyritz's autograph on the only thing he had handy — the Dallas Stars cap he happened to be wearing.

As we sit inside our bubble worlds because of the virus, memories are flooding back for me while watching Opening Day from 1996 while longing for the real Opening Day baseball fans everywhere have been denied.

I'm upset about the current standings of the human condition.

For now, the baseball fan in me just keep thinking about Ernie Banks and what he might say under such circumstances.

Mark Scheer is a life-long baseball fan and the regional news director for the Niagara Gazette and the Lockport Union-Sun & Journal. He can be reached in splendid isolation by calling 282-2311, ext. 2250 or via email at mark.scheer@gnnewspaper.com.