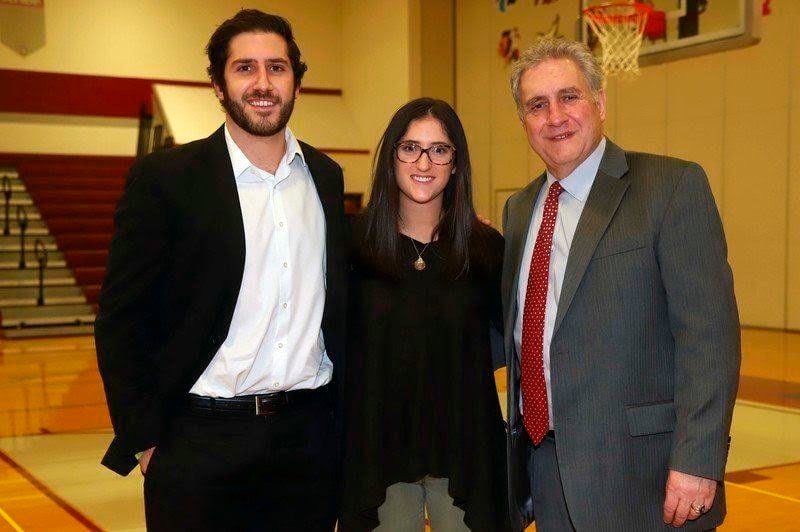 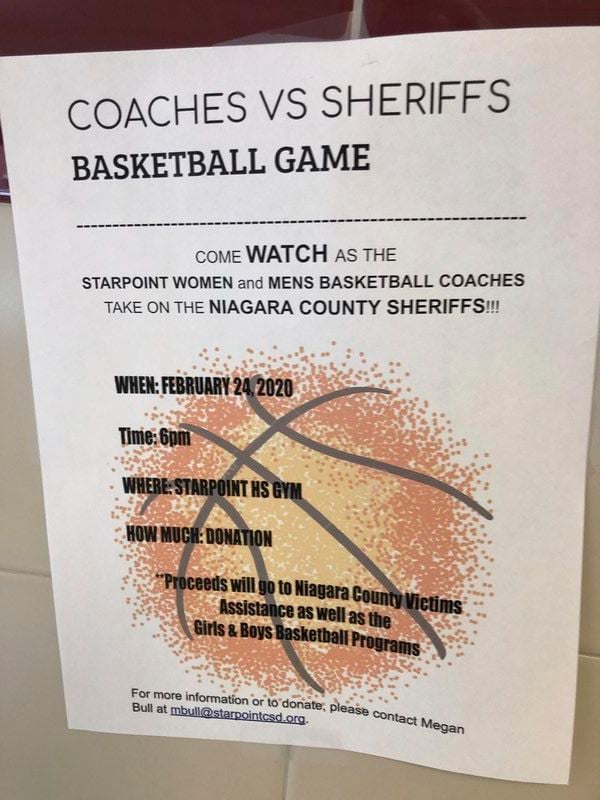 Contributed photo/Gil LicataStarpoint basketball will be putting on a coaches vs sheriffs benefit game on Feb. 24 at Starpoint High School.

Contributed photo/Gil LicataStarpoint basketball will be putting on a coaches vs sheriffs benefit game on Feb. 24 at Starpoint High School.

PENDLETON — Starpoint will look to use the power of sports for the greater good.

The Spartans’ boys and girls basketball staff will be playing against some Niagara County sheriffs in a coaches vs sheriffs charity basketball game, at 6 p.m. on Feb. 24 at Starpoint High School. The event’s proceeds will benefit those in the Niagara County victims assistance program, as well as both the Spartans’ girls and boys programs as well.

Varsity girls coach Megan Bull confirmed that the coaches from the girls’ side will be herself, Kathie Gundlach (maiden name Kreppenneck), Sarah Regdos, as well as coaches from the boys’s side like Grace Licata, Tony Watson, Luke Vogel and athletics facilitator Tom Sarkovics.

Bull also noted that one of the sheriffs to play in the game will be sheriff’s deputy Craig Beiter, who also serves as the school’s resource officer.

There is no entry fee for the game, instead there will be a collection of donations right as spectators enter the facility. The concessions from the game are also a part of the benefit, with the three beneficiaries splitting up the total at the game’s end.

Bull shared why the athletic department has decided to put on an event like this.

“It’s gonna be a fun event that we kind of get together and just hopefully raise some money for Niagara County victims assistance,” Bull said. “Which we wanted to give money back to Niagara County and obviously to the sheriff’s department because they’re coming out and helping us out.”

Some of the coaches bring strong basketball resumes in from their playing days as well. Watson played four seasons for the Bulls and was a 2012 Academic All-MAC selection. Licata was also a four-year college player for Buffalo State, after leading Williamsville South to a Section VI Class A championship, NYSPHSAA state title and a berth in the Federation championship game in 2015.

Regdos was an All-WNY selection in her playing days and even helped Iroquois reach a state title game.

Although the event begins at 6 p.m., doors will be open for the pregame warmups at 5:30 p.m.